Gifts of Christmas past

It’s always a bit sad when the excitement of Christmas is over. The guests have gone, or you’ve toddled off back to your homes ready to fall into the usual routines.

One of the things that might cheer you up is exploring some of the gifts you’ve been lucky enough to receive. This got us thinking about the gifts of Christmas past, from the good, to the bad, to the ugly!

Here are some we love to remember - and some we wish we could forget! 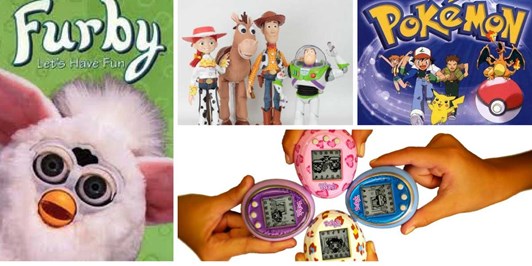 1996: Toy Story hit the cinema’s and became an instant merchandising success. With the characters actually being toys, it was a perfect opportunity for toy companies!

1997: Tamagotchi, handheld virtual pets, hit the toy scene. It’s the toy that keeps giving (or not) based on the care and attention it receives. Much easier than a puppy!

1998: Another interactive pet, the Furby, made an instant impact - only hitting the toy shelves in the October with parents scrabbling around to try and get hold of one. Clever!

1999: Pokemon - everywhere! With a Nintendo gameboy video game, dolls and trading cards, it hit the toy world hard. With a recent revival in 2017 it’s reported that over $900 billion of Pokemon-related products have been sold! 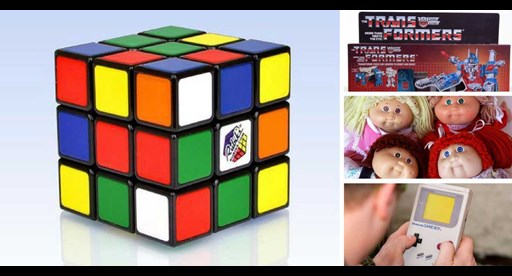 1980: Rubix Cube was marketed first in Hungary in 1977. Designed by Erno Rubik, Professor at Budapest’s Academy of Applied Art and Design. This one’s been foxing children and adults alike for decades!

1983: Cabbage patch kids created a stir in 1983 with desperate parents stampeeding the shops across the U.K. and U.S. trying to ‘adopt’ a one a kind bundle of joy for their kids. They’re the best selling introduction of a doll in history, making more than $600 million by 1985 and are still one of the most popular doll lines in the US.

1984: Transformers - a merchandise success that started off as a toy and ended up in a animated series and movie franchise phenomenon.

1989: Gameboy proved to be a revolution in video gaming when it was launched in Japan in the late 1980s. Packing a huge amount of power in a portable unit, it’s been entertaining kids (and adults) ever since, with over 100 million units sold across the world. Game on! 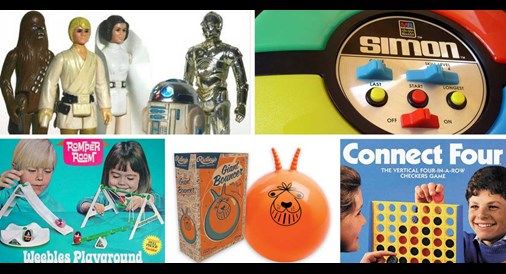 1971: Weebles: Hasbro released them with the genius USP that they couldn’t be broken - who remembers ‘Weebles wobble, but they don’t fall down’!?

1978: After a long wait following the super successful film release, Star Wars merchandise was in high demand and flew right off the shelves. Over 100 unique figures were sold between 1978 and 1985. Worth checking the attic for these collectables!

1974: Connect 4 is a two player game that thrills us still as much as naughts and crosses! Frankly, we can’t believe it once didn’t exist!

1978: Simple Simon was based on an Atari game named ‘touch me’ (it was a different time!) and was invented by the father of the video game, Ralph Baer. The aim of the game is to repeat an increasingly complicated string of musical notes in the same order as Simon. 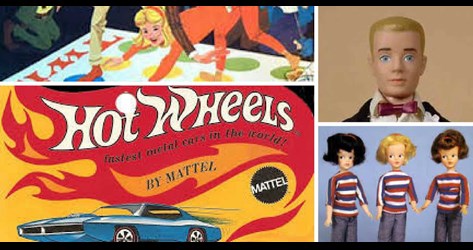 1961: Barbie get a friend! Ken Carson made his debut with unremovable perma-pants, to save any blushing. Like Barbie, he was named after his creator’s child - Ruth Carson’s son.

1963: Sindy enters the arena as the ‘girl-next-door’ UK counterpart to Barbie. Created by Pedigree Toys based in Kent.

1969: Hot Wheels was launched by Mattel. They upped the toy car game with a track system which really sped things up. They must’ve done something right - the brand’s still going strong today.

1966: Twister was first released to the market in the late 1960s. A shower curtain manufacturer was hired to print the matts with the colourful dots. Interesting facts: Eva Gabor was the first to demonstrate the game on ‘The Tonight Show’ and it was originally called ‘Pretzel’ 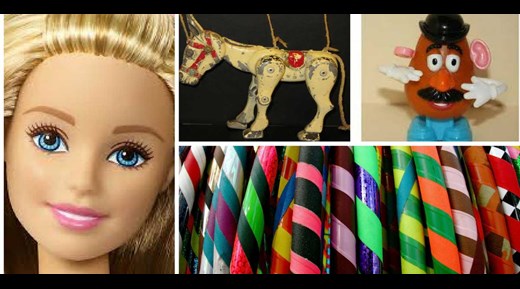 1951: Muffin the Mule puppets were in high demand for children lucky enough to see the TV programme.

1952: Mr Potato Head: George Lerner’s toy sold 1 million kits in one year, big numbers in those days. It was the first toy advertised on TV and originally came without the body - a real potato was used instead.

1958: Hula hoops went into production. They have actually existed for centuries, with people making them out of willow, rattan, grapevines or stiff grasses. Maybe they’ll come full circle and some eco friendly versions will hit the shelves one day!

1959: Barbie - named after her creators daughter, Barbara, made her debut in 1959. Although she’s a controversial icon, she’s still going strong today.

Ahhh, memories... Of course, we’re way too young to remember these from the first time round! We wonder what toys this generation holds dear.